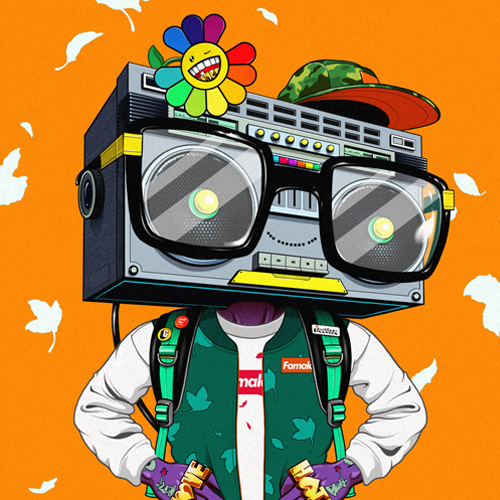 Chris B. Murray is a visual artist living and working out of Philadelphia, PA (originally from upstate NY). From a young age, CBM immersed himself in pop culture. He'll be the first to tell you how hip-hop and hoops were the two forces that raised him and continue to inspire the work he still makes today. For the past 5 + years CBM has worked for a variety of clients in the sports & music industry, but in 2020 he reached a creative crossroads of sorts and decided to re-evaluate the artistic journey he was taking. CBM no longer felt that connection to the art he was making. With the global pandemic on the rise and the outside world on pause, he hunkered down with plenty of snacks / brews and began creating a new world of characters and ideas that he could claim as his own. The CBM FAMALAM was born! The CBM FAMALAM (a nod to a favorite 90's NYC hip-hop radio station founded by Bobbito Garcia) is a new brand driven by the spirit of nostalgia. Within the FAM are 8 very different individually crafted misfit characters each one having bits of CBM's personality embedded within (in true Larry David x Seinfeld fashion) whilst pushing the very values of nostalgia through fashion, sports, music, movies, comedy and more with an entirely new perspective. Basically everything he grew up loving as a kid that have helped shape his current day creativeness. With these new FAMALAM characters and the world in which they exist, CBM is more than hopeful that he can create a lifelong body of work that invites everyone who's willing and able to embark on a new type of quest.